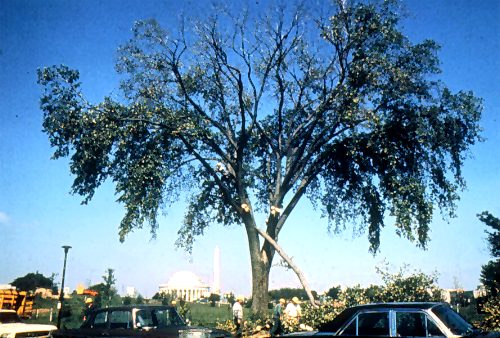 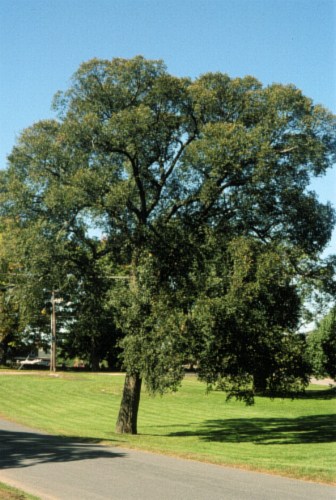 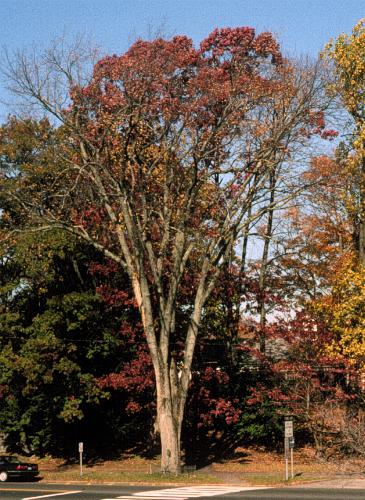 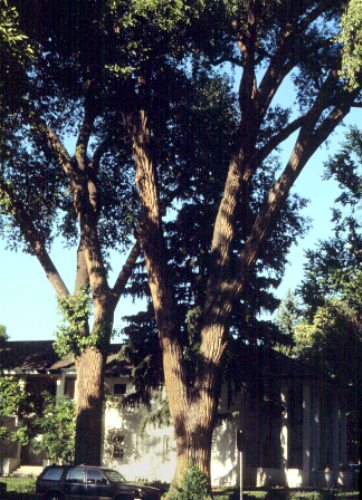 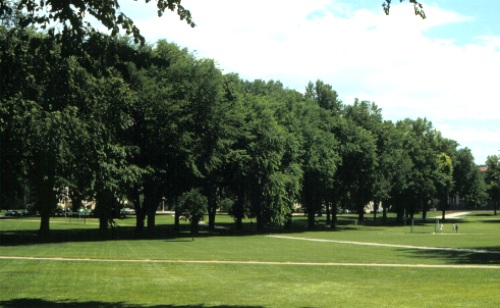 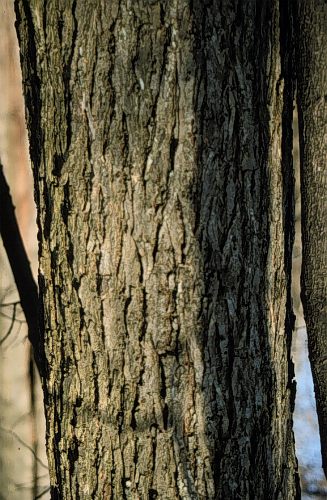 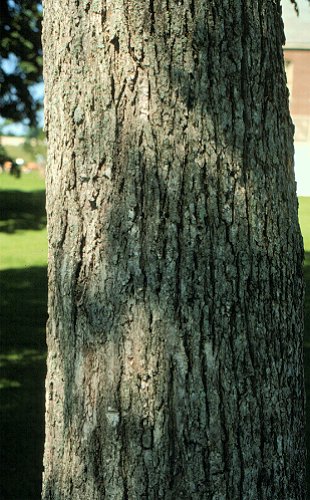 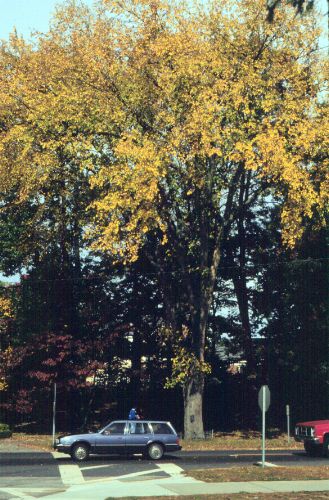 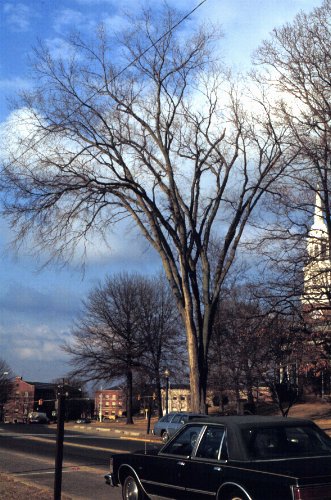 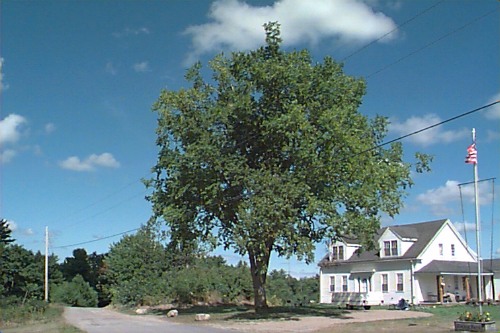 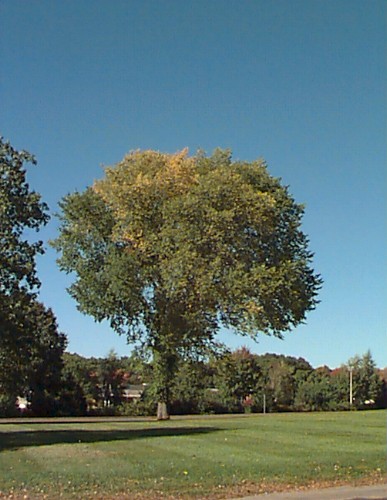 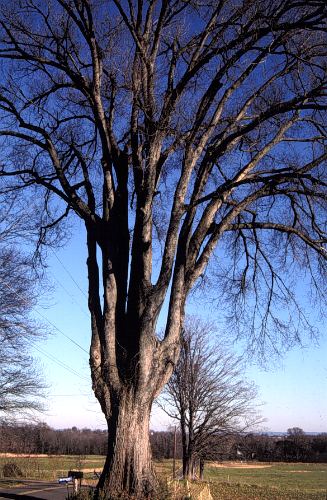 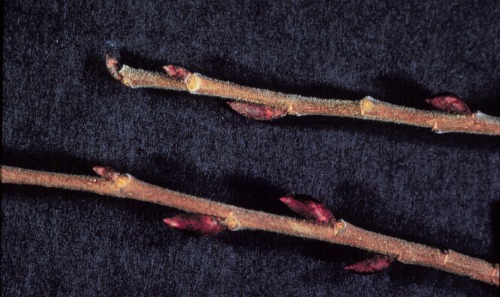 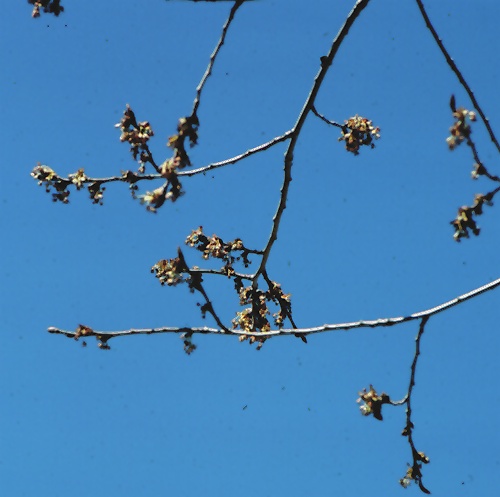 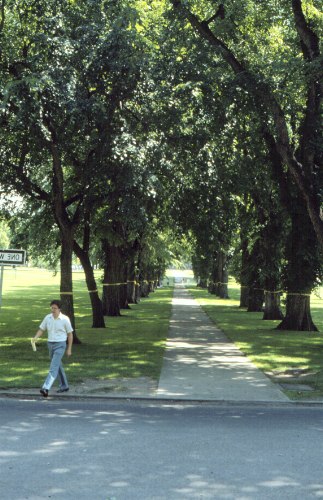 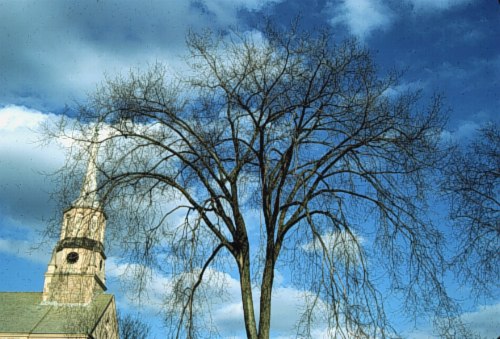 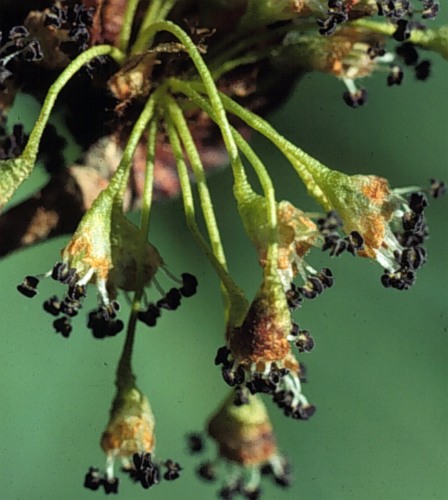 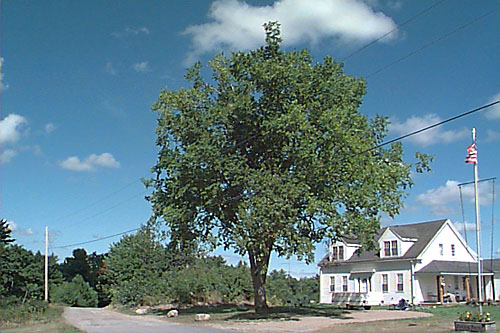 Due to the continued pressure of Dutch elm disease (DED), only those cultivars selected for reported disease resistance are listed below. The older fastigiate forms and colored-leaf forms are probably now extinct or rarely grown. Plants described here are mostly new selections, and continued research will be necessary to elucidate their true landscape merit. It is also important to remember that DED-resistant cultivars are not necessarily immune to other diseases, such as "elm yellow" (a phloem necrosis ailment).

'Delaware #2' - This is a vigorous form that grows to 80' tall with a spreading crown. It has expressed strong resistance to DED in early trials.

'Jefferson' - This selection, released by the National Park Service, is probably a hybrid cultivar. It shows good resistance to DED and grows to 50' tall and wide with a vase-shape and arching branches.

'Liberty' (also known as 'American Liberty') - Though widely promoted, this reportedly DED-resistant selection is problematic since the "cultivar" is actually comprised of more than one clone. In addition, the disease resistance of this plant has not proven to be as strong as other forms, and observations have revealed high rates of "elm yellows" disease.

'New Harmony' - Considered one of the better forms, though its DED tolerance is far inferior to 'Valley Forge'. With age the tree is nevertheless attractive, as it forms a broadly-upright grown with arching branches to 70' tall and wide.

'Princeton' - This vase-shaped selection, which bears handsome foliage with good substance, has shown good resistance to DED. It grows quickly and is becoming more common in commerce. It forms the traditional vase shape, to 70' tall and 50' wide with yellow fall color. It is actually an older clone developed before the advent of DED in the United States.

'Valley Forge' - A U.S. National Arboretum introduction, this plant is probably the best choice for installation in modern landscapes due to its high DED resistance. The growth form is highly reminiscent of the "classic American elm" -- upright-arching and vase-shaped to 70' tall and 60' wide. The green foliage turns yellow in autumn.