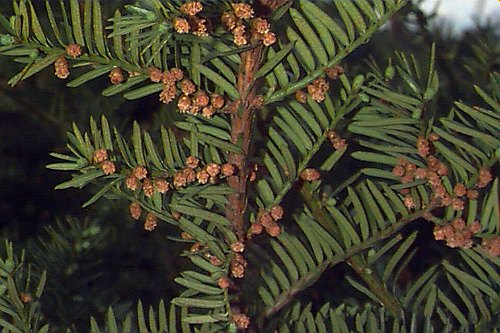 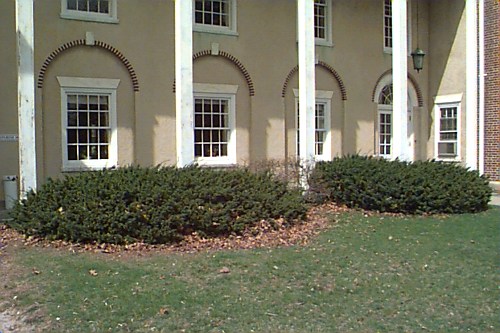 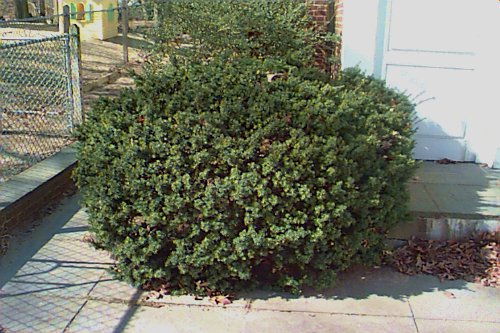 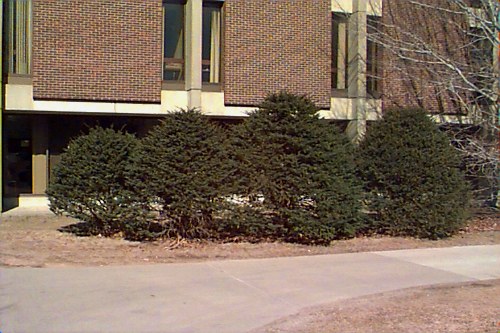 'Aurescens' - An unusual slow-growing plant, this cultivar seldom exceeds 3' tall and wide. It is most notable for the young foliage, which emerges bright yellow before dulling to green. 'Dwarf Bright Gold' features golden needles on a slightly larger plant. This plant has become popular in specialty catalogs.

'Capitata' - This is the most common form of the species in commerce. It forms a broad, pyramidal that eventually appears as a tree. It can grow very tall with age, but gardeners usually prune the plant. The dark green needles bronze somewhat in winter.

'Columnaris' - Similar to 'Capitata' in most respects, this selection grows more narrowly and quicker. The foliage holds its green color all year.

'Expansa' - This name is applied to many clones with a broader than tall habit and a more open, vase-shaped habit.

'Nana' - Widely considered a valuable evergreen accent plant, this spreading plant grows slowly to 10' and perhaps twice as wide in many years. The dark green needles hold their color well all year and are arranged around the stems.