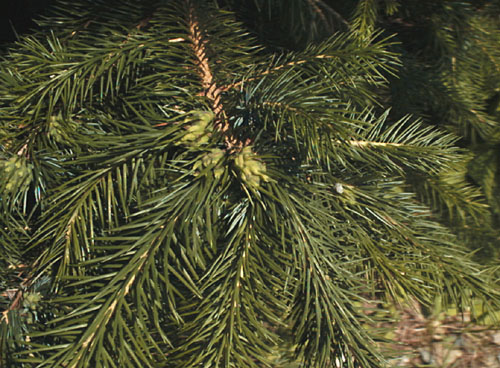 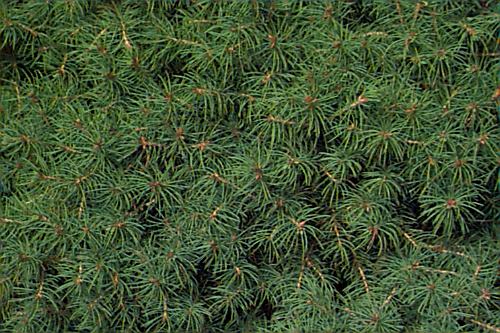 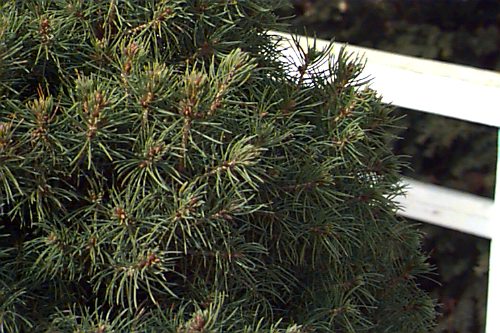 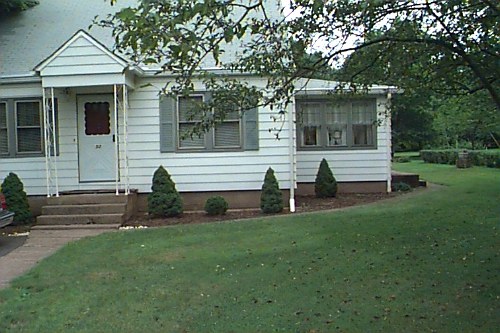 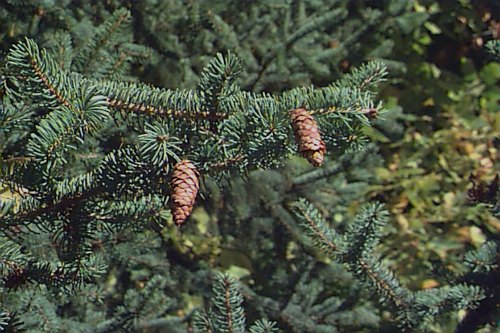 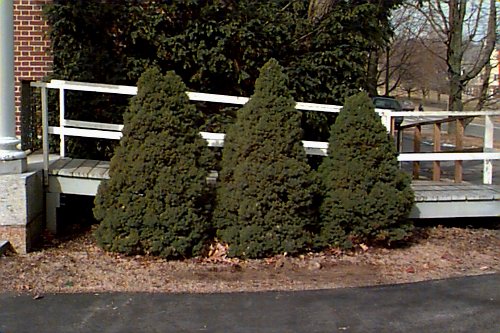 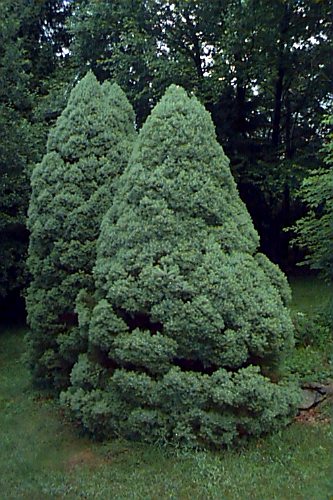 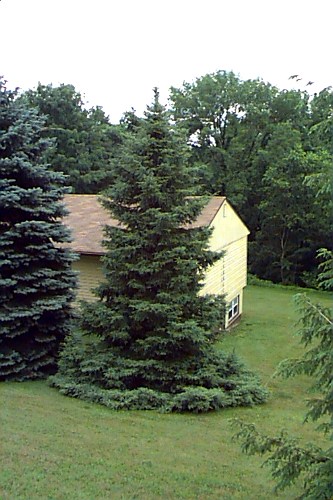 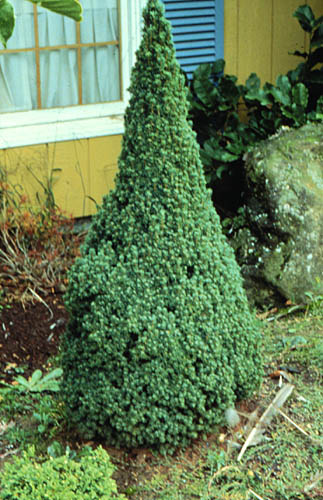 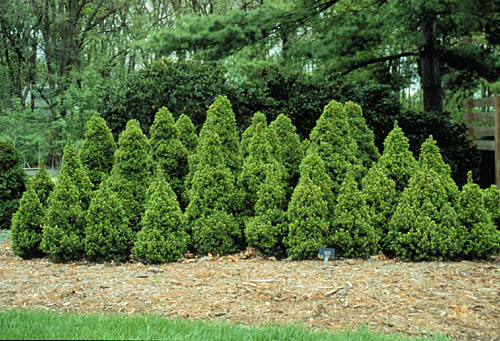 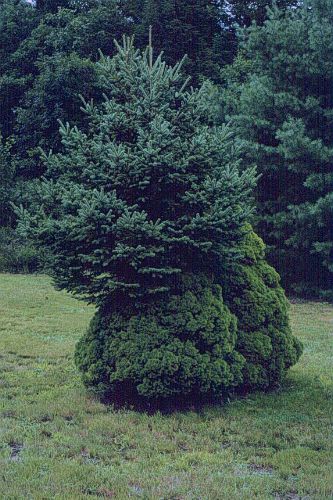 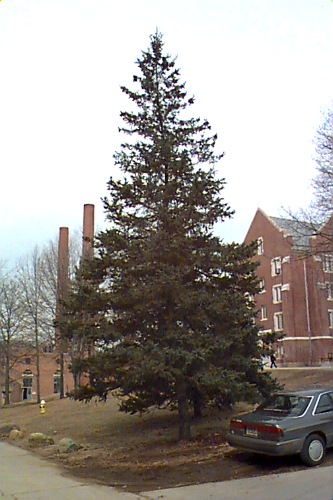 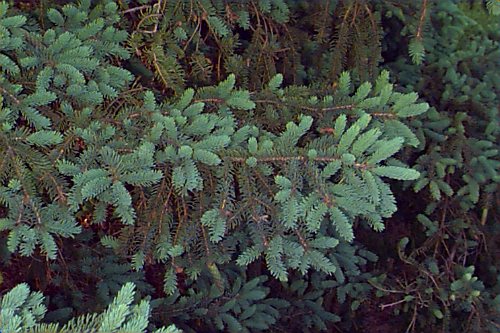 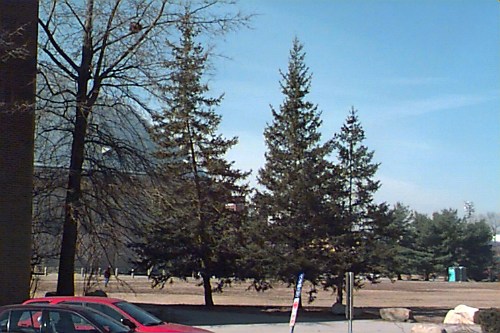 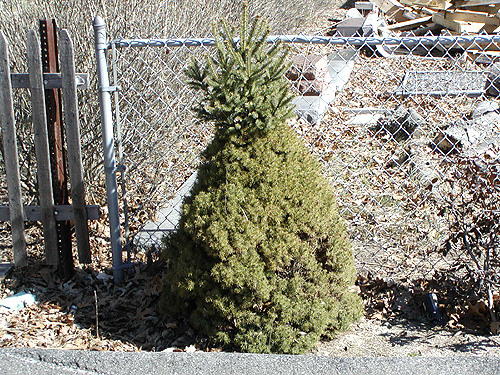 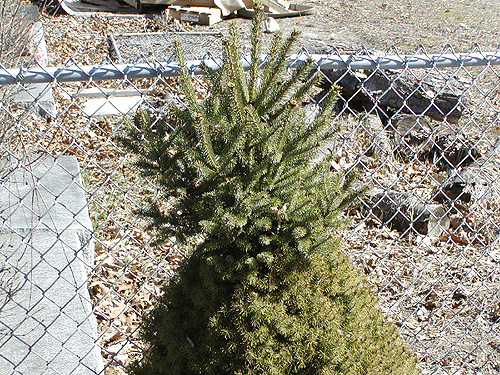 'Conica' - Commonly called the "Dwarf Alberta Spruce". Perhaps the most common dwarf conifer, this overused plant is a staple at garden centers. It is a broad plant with a conical shape and small, light green needles that radiate around the stem. It appears dense and "soft" from a distance. Though very slow growing, it does eventually reach 12' tall and often outgrows its space under windows and along walkways. The cultivar does not produce any cones. It has a very formal appearance that can be difficult to intergrate into most landscapes. It also will occasionally revert back to "normal" growth in isolated parts of the plant.

var. densata (also called 'Densata') - Commonly called the "Black Hills Spruce", trees of this type are slower growing than the species and have denser, darker green foliage. They reach 40' tall and may be preferable to the species.

'Coerulea' - A sport of P. g. var. densata, this plant bears short needles with a good gray-blue color. It is a narrow-growing tree.

'Echiniformis' - A low, bun-shaped plant, this slow-growing selection has blue-green needles and is suited to rock gardens and troughs.

'Jean's Dilly' (Jean's Dilly™) - Similar to 'Conica', but considered superior for its slower-growth rate and its shorter needles that emerge with an unusual twist.

'Pendula' - An old cultivar, this weeping plant has stiff branches that hang down. They are covered with grey-green needles.

'Pixie' - This cultivar is essentially a more compact and dense form of 'Conica'.

'Rainbow's End' (Rainbow's End™) - Similar to 'Conica', but the growth flush in early summer emerges creamy yellow to contrast with the light green older growth. The overall effect is variegated, though the colored growth matures to green. This plant makes an interesting accent in the landscape.