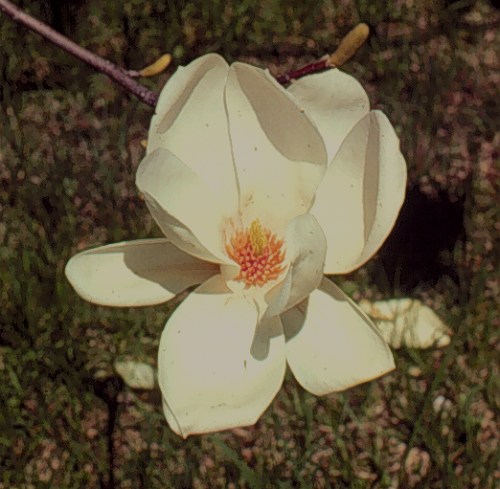 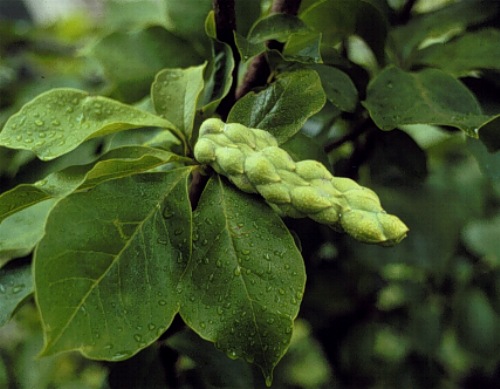 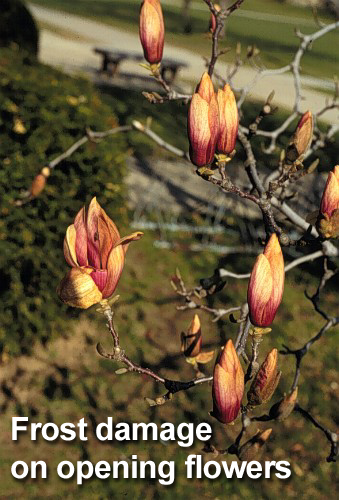 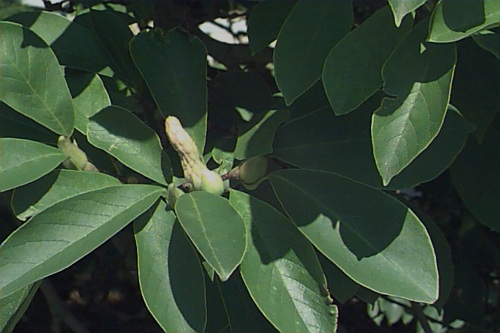 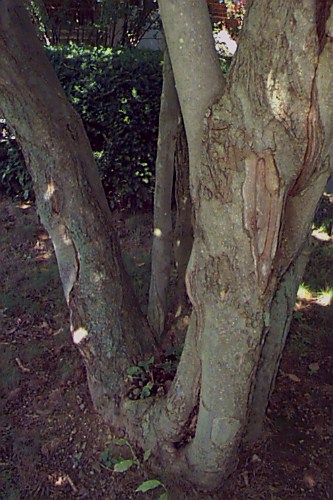 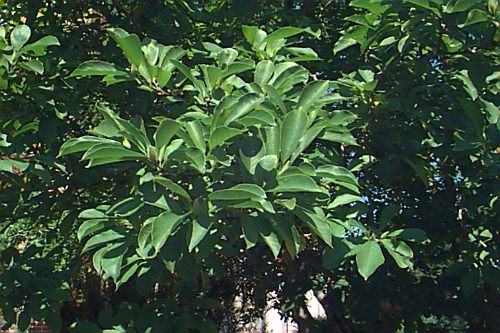 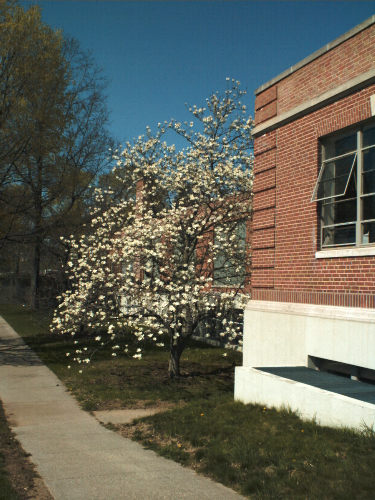 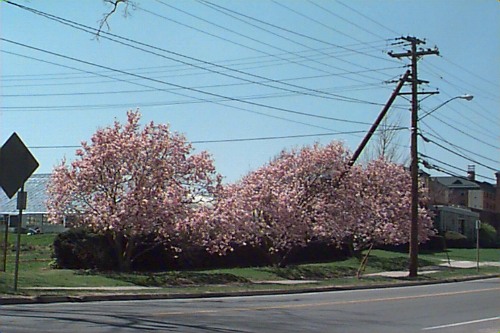 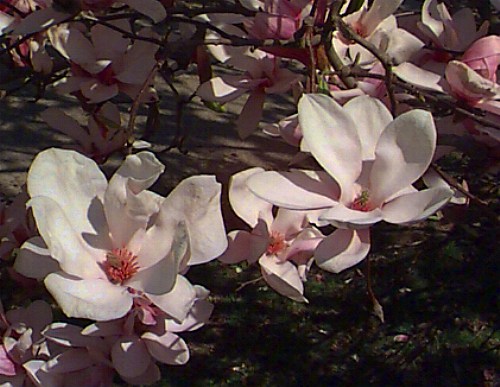 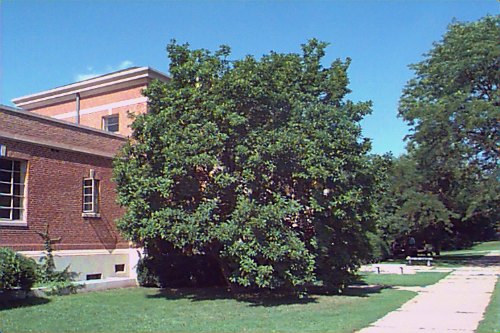 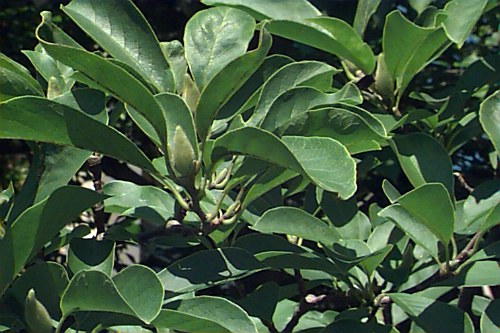 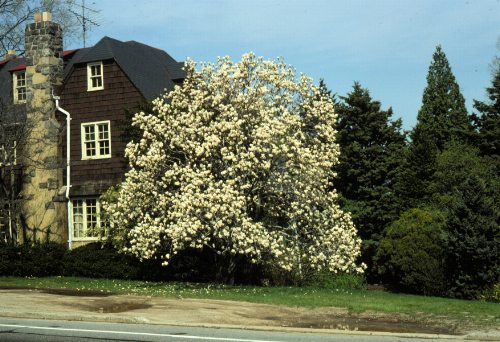 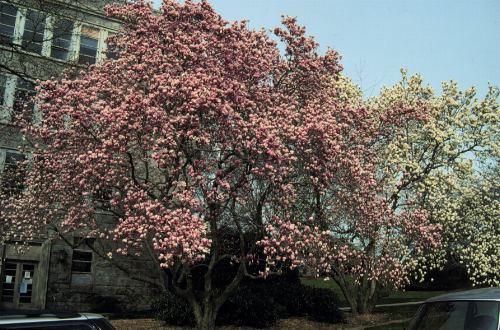 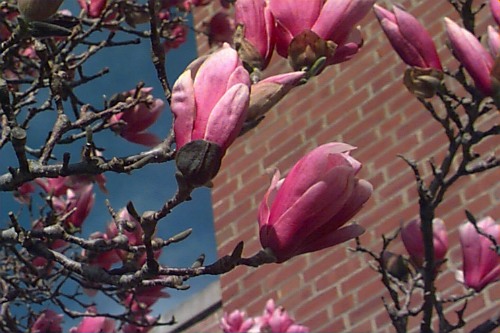 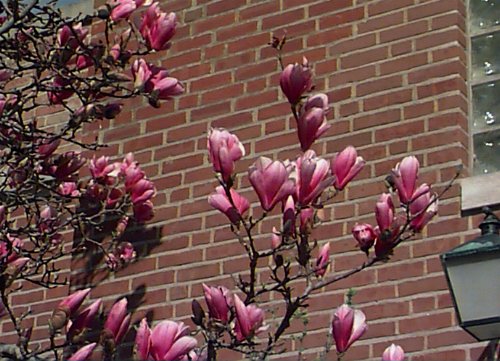 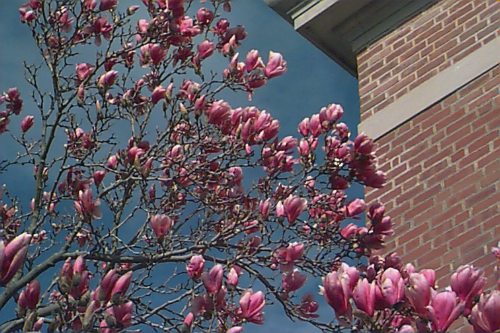 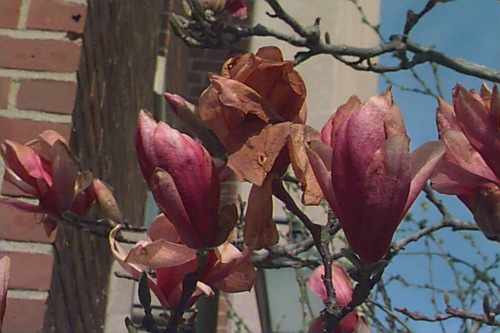 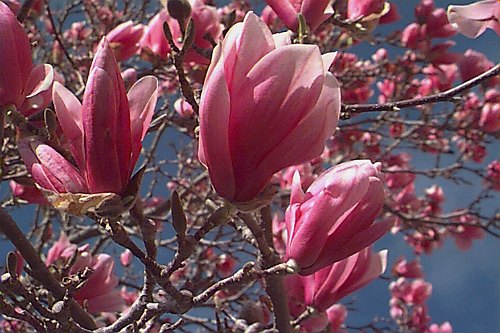 'Alexandrina' (also listed as 'Alexandrina Dark Clone') - Popular and considered one of the finest, this selection is covered in spring by flowers that are colored rose-purple outside and white inside. The flowers may measure 10" wide on this upright, rounded tree.

'Brozzonii' (also listed as 'Brozzoni') - An old cultivar, this plant is probably still one of the best. It blooms up to two weeks later than other forms, thus avoiding the late frosts that plague many magnolias in New England. The flowers are pure white and up to 8" across. It is a vigorous grower to 30' tall.

'Lennei' - This variety is unusual in that it forms an upright large shrub 20' tall and wide. The flowers are deep purple outside and white inside. They appear sporadically through summer amidst the large, dark green leaves. It may not be as hardy as other selections.

'Lennei Alba' - This selection is similar to 'Lennei', but with pure white flowers that may appear a bit later.

'Lilliputian' - A very unusual plant that grows slowly with a tight form to reach proportions one-half the size of the species. The flowers are light pink. This cultivar does not appear commonly in catalog listings, but is notable for its dwarf habit.

'Verbanica' - A fine choice for cold New England climates, this selection is hardy and blooms later than the species, thus avoiding late frost damage. The flowers are rose outside, lighter inside. It forms a bushy, rounded tree 25' tall with good glossy green foliage.