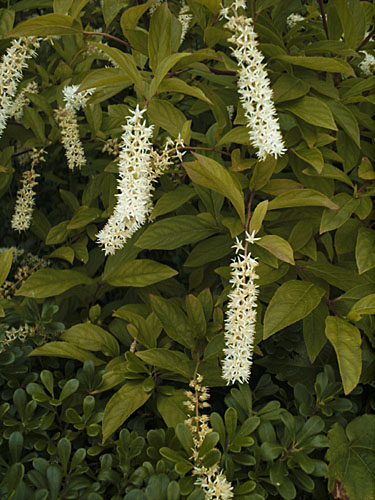 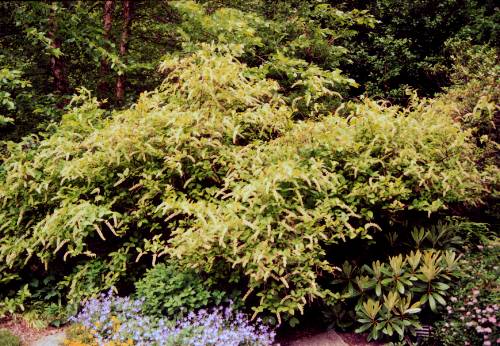 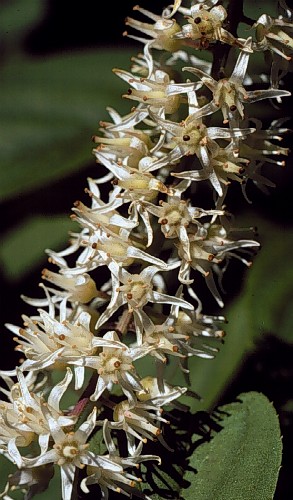 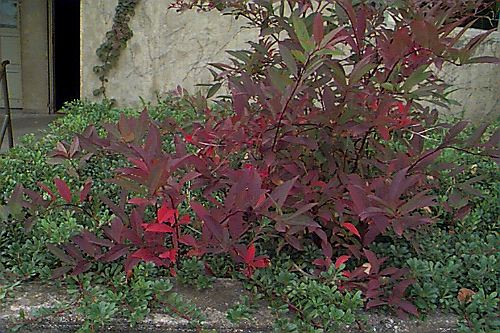 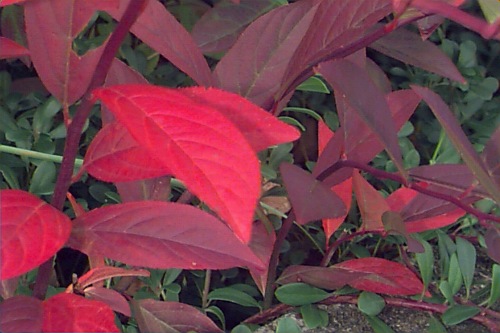 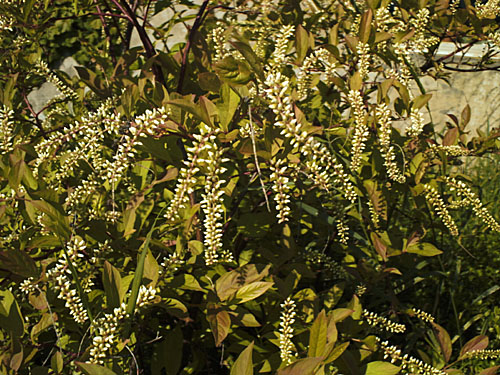 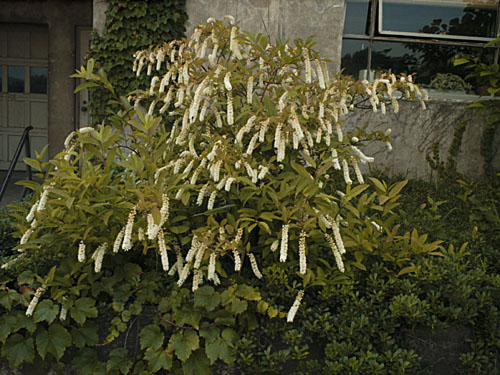 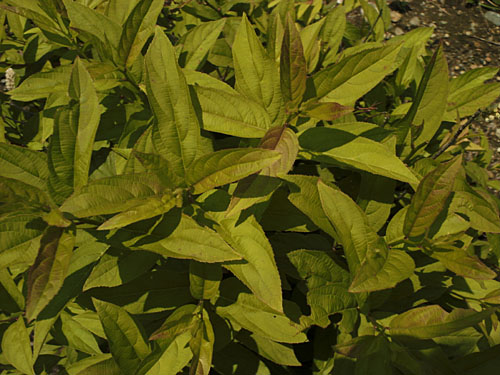 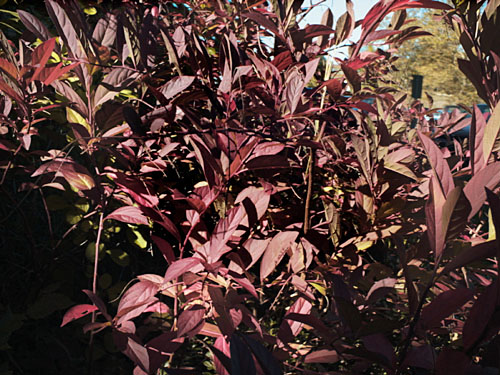 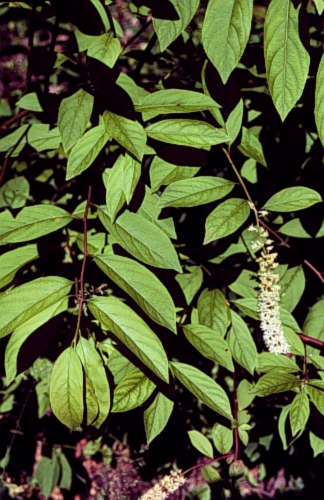 'Henry's Garnet' - An award-winning plant that has been universally accepted by horticulturists, this form is also adaptable to colder climates. The white flowers are borne in 6" long racemes and the fall color is a rich red-purple that often persists into late fall. The ornamental traits of this suckering, 4'-6' tall plant are superior to the species.

'Long Spire' - A form notable for it's 8" flower racemes, this new selection appears to have poorer fall color than 'Henry's Garnet'. The growth habit is vigorous, but hardiness in cold climates is untested.

'Sarah Eve' - This form was selected for its pinkish flowers, but the effect is not overwhelming. Fall color is relatively poor and the plant appears to be less hardy than other forms.

'Saturnalia' - This cultivar is reported to mature at a smaller size than the species and feature better fall color. Observations indicate a mature size similar to 'Henry's Garnet' and inferior fall color.

'Sprich' (Little Henry™) - Marketed as a dwarf form, observations indicate that this plant will approach the size of 'Henry's Garnet'. The mounded plant sports smaller, 3"-4" racemes of flowers.

'Shirley's Compact' - A curiosity at best, this tiny form will probably fail to flower or exceed 12" in height. It resembles a green bun and is probably best reserved for collectors. It was discovered at the Biltmore Estate in North Carolina.